How To Tender And Hire Contractors For A Home Renovation Project 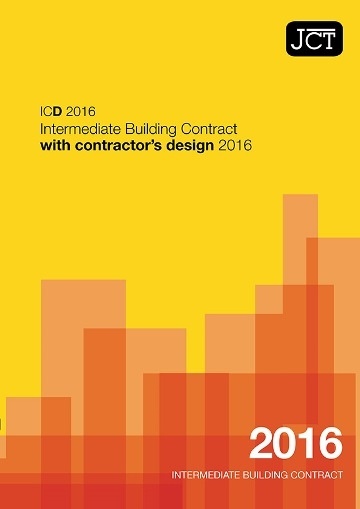 Stage 4 of the RIBA Plan of Work - Tenders, Contractors and Contracts

In our last entry which focused on Stage 3 of the RIBA’s Plan of Works 2013, we took a closer look at the decisions, preparation and submissions needed to successfully achieve Building Control approval.

This time we focus on what happens now that Karen and Anthony have received Building Control approval, and how at Stage 4, we can start to develop the designs further.

We’ll be following the project as we prepare technical designs for tenders to go out to contractors to bid for the construction of the project, how a contractor is selected, and how we’ll issue and manage the building contract for Karen and Anthony.

Throughout the process we’ve been gathering ever increasing amounts of information going into the relevant documents, for either planning approval, or for the most recent stage, building control approval.

There’s no point in spending the time putting all the information in at the beginning of the process because initially you don’t know if you’re going to get Planning or Building Control Approval. That said - we're really good at this! So, we’ve been adding layers and layers of information as the project has been progressing.

Now that we’re at the tender stage of Karen and Anthony’s project, we’ve taken the approved Building Control drawings and worked them up so that even more information goes into them as the project begins to evolve.

This is the time that Karen and Anthony can start to unleash their well thought out plans and ideas about the styles that they like. At the very beginning of the project we advised the Karen and Anthony that if they were unsure of what style they may want in their new home, a great way to assemble some ideas is through Google Images, Pinterest and also Houzz.

Pinterest is great tool that the couple have been using to gather images. As they’ve been collating images on a virtual board they’ve been able to share these with us.

From the start of the project we also asked Karen and Anthony to try and think beyond the extension and renovation itself. Sometimes when organising your project, you can get caught up with planning just the new living space and forget about the rest of your property and the outside grounds.

All building works can affect the rest of the house. For Karen and Anthony, their new plans entail a complete renovation of the existing space as well as significantly extending the original property. At the outset we advised them to set aside a budget for spending money elsewhere to make improvements to the overall space and grounds.

For example, Karen and Anthony are planning on creating a new kitchen and family space that leads directly onto the garden, we advised that they may want to allocate money towards improving the garden with a patio area, landscape design or even interior design of the house.

Whilst they have the builders on site altering the house it’s the perfect time to complete other works that create mess and disturbance. Karen and Anthony have decided to remove several tall trees from the driveway that were obstructing the light from the front rooms. It’s been a great opportunity for the couple to assess the property as a whole and get all the improvements done together saving time, future mess and money. Plus, the overall finished affect will now be much more impressive and satisfying!

Karen and Anthony have been proactive when seeking out the ideas and styles that they’d like to apply in their new home. They’ve spent time online collating images of styles that they like and then we’ve met with them to begin adding specifications into the design.

We’ve added information that the contractors will need to consider when tendering to work on the project, for example, the floor finishes, the type of doors, fire places, all the fixtures, fittings and finishes that Karen and Anthony would like to see in their project. At this stage it’s not a case of picking the exact flooring, boiler or door knobs and hinges, but rather the selection of the type of finish that they like. This then provides us as their architects with an idea of the materials they like or require, an idea of price and also the time that will be involved to construct the project.

All the finishes, fixtures and fittings are important to include in the project drawings going forward, but these are details that a Building Control Officer would not have been interested in seeing for Building Control approval, as they don't have a particular regulatory requirement. In other words, they are generally more cosmetic and of personal preference.

In the short video below Carl Croft, Managing Director of Croft Architecture explains more about what happens after you have received Building Control approval, tenders, contractors and contracts. You can watch more useful short videos on our You Tube channel here. After the drawings were worked up in full we then had a set of plans which were fully specified, we had a specification document and we had a schedule of works.

A schedule of works is a document, which is a bit like a shopping list, that we use to outline the works to be completed on the project, it shows the extent of the works particular to certain installations, and when completed by the contractor it allows us to control the cost on the project. It is a bit like a till receipt for a construction project. This document is helpful when the contractor gets onto site and if items need to be varied as works progress.

Karen and Anthony could also use the document if they decided to refinance their new property after the works have been completed. Their mortgage lender would want a document that outlines the improvements that they’ve made to their property to justify the increase in value.

A key thing to remember is that compliance with the health and safety regulations, standards and other legislation is the responsibility of the owner of the property. However, clients can choose to have a written agreement with their Principal Designer to fulfill all client’s duties on their behalf.

Find out more about the Construction (Design and Management) Regulations 2015 (CDM 2015).

Before the construction phase could commence we needed to go through the tender process, which is where we obtain a firm price for the project. During this phase we issue the schedule of works along with plans and other tender documents which we produced with Karen and Anthony to fully specify the project.

This was sent to several contractors who made the tender list for the project. We always send tenders to a set of reputable, good contractors who we know and are familiar with.We always pre-qualify all contractors to make sure that they are competent to do the works which is really important in the context of health and safety, insurances, and it is also useful to take up references.

The contractors all returned a price for the project based on the tender documents, and they had completed the tender return form and schedule of works.

We were happy that when the tenders were returned we could say to Karen and Anthony that we’ve been to several really good contractors for their project and here are the prices that they’ve come back with.

We were able to show Karen and Anthony through the tender process which contractor represents the best value through the prices that were returned. It’s not always the cheapest contractor that’s selected. There are some contractors where the relationship between the client and contractors is favoured more over price and of course a good working relationship is always important.

Once we had the tenders returned and reported upon, and we selected a contractor who our clients were happy to proceed with, we were then able to put a contract in place.

On this project we decided to use a contractor called AJG Construction. They are an established local contracting firm who are known to us from previous projects and they have a good reputation for working hard and for delivering schemes on time and on budget.

A contract is a very important document that will control the works on Karen and Anthony’s site. The contract brings in a level of control so that our contractor, AJG know when they need to do certain things throughout the project. This all comes down to making sure that the all of the usual things that you would expect a contractor to do are carried out, for example, that they do their job properly and safely, that they proceed diligently, and it also manages the contractor to ensure that they don’t leave site for weeks on end.

Now that we had a building contract in place we were ready to start on site!

This is always an extremely exciting and significant moment when we’re ready to start the demolition and commence works on a project. Karen and Anthony both feel a mix of excitement and trepidation at the prospect of their project starting on site. After all the months of planning, discussions, and research for their family home it’s now beginning to come together.

As work starts on site don’t miss out on our next blog where we’ll be following Karen and Anthony’s journey as demolition gets underway and construction begins!